We are entering a new era of design, thanks to the symbiosis of human and machine. Modem partnered with creative studio Future Deluxe to envision the role of the designer in this brave new world of machine intelligence. In the second part of this two-part research paper about Computer-Aided Design, we further explore the tension between human intuition and computational procedures. 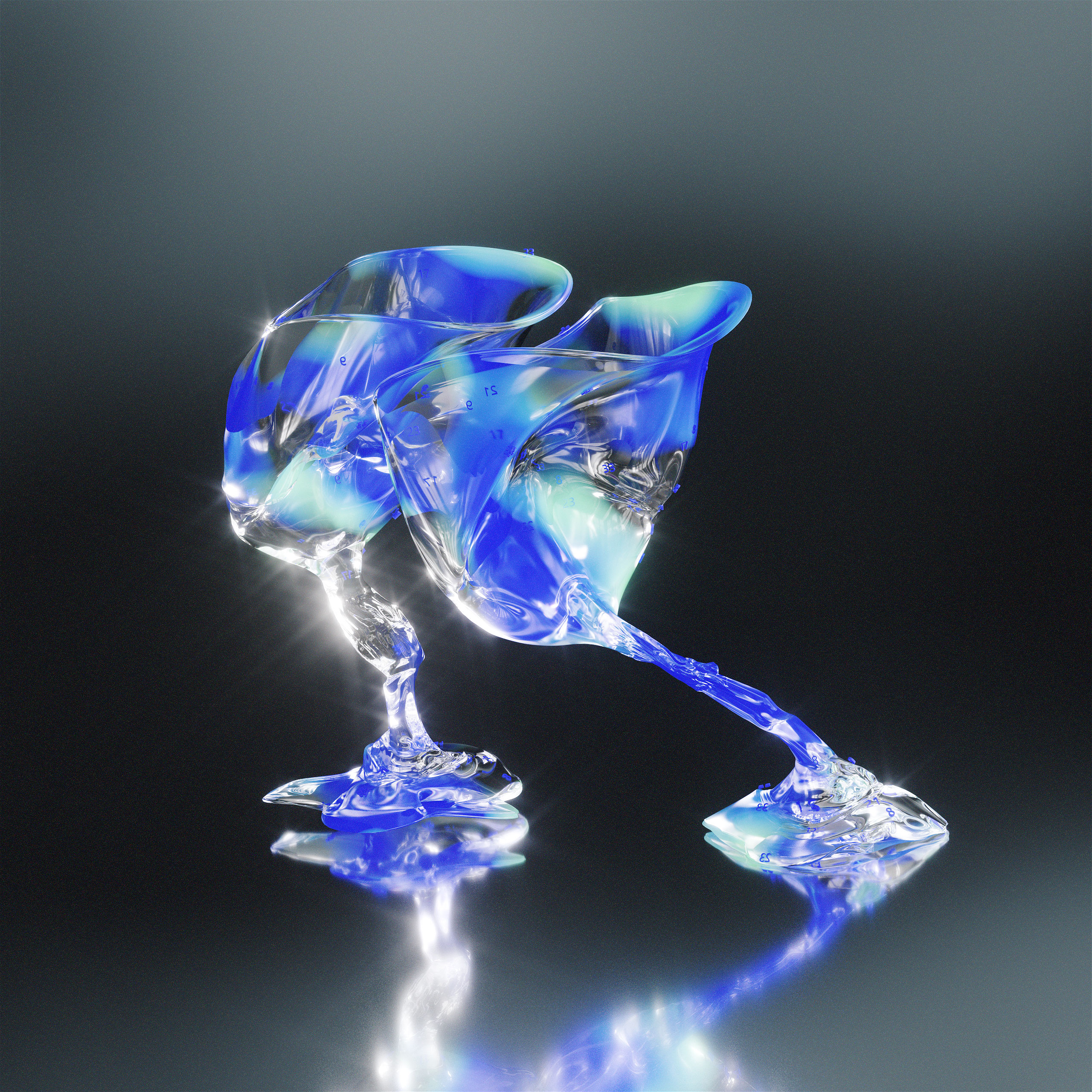 It’s springtime in New York. Gary Kasparov, the best chess player in the world, is in an office building in midtown Manhattan, hunched over the board with an expression of grim puzzlement. He has just offered a poisoned pawn to his opponent, a deadly sacrifice that has served him well in previous matches. But this is not a normal chess match. Press from around the world have gathered to watch Kasparov play against an IBM supercomputer named Deep Blue. The room is thick with television cameras and photographers, their lenses trained on the board. Kasparov is undefeated against human players, but this opponent can calculate 300 million positions per second. If Kasparov loses this match, it will signal the end of an era in chess—and the beginning of a new age for humanity.

Deep Blue refuses to take the pawn bait. It’s an unexpected move from a machine, revealing a glimmer of human-like creativity. Kasparov, shocked, loses the game. In the following two games, he draws. In the final game of the tournament, frustrated and overwhelmed, Kasparov resigns after only 19 moves, sending shockwaves through the chess world. Dejected, he tells the assembled press, “I lost my fighting spirit.” After the match, he argues that there were inconsistencies in the computer’s approach. Its moves did not seem to proceed from brute analysis, but rather imaginative strategy; he believes that a human grandmaster must have intervened in the pivotal game. As much as this frustrates Kasparov, the idea of humans and computers working together sparks an idea. After his historic loss to Deep Blue, he decides to give it a try himself, creating a new form of advanced chess—one in which humans cooperate with computers rather than compete against them.

Kasparov’s invention, known as “centaur” chess, combines the best of human strategy and creativity with the analytical superiority of computers, creating a hybrid player far more powerful than the sum of its parts. In centaur chess, human “operators” consult with a range of powerful chess-playing engines to examine different approaches before choosing the best move. Remarkably, experts have found that human-computer centaur teams play better chess than either humans or computers alone. Perhaps even more remarkable is the situation in traditional tournament chess: human grandmasters, who train and refine their strategies with the help of computer chess engines, have become so accurate that nobody has won a regulation game in the world chess championship in over five years. Quite simply, thanks to the accelerated lessons taught by supercomputers, the best chess players in the world are now too good to win.

Kasparov’s centaur has proven to be a useful mascot. It is often cited as a model for the ideal human-machine relationship: one in which computers augment, rather than displace, human capacity. Centaurs are everywhere in our modern world, from airplane pilots depending on auto-pilot to everyday drivers getting a boost from onboard self-parking systems in their cars. Computer partners are ubiquitous, inexpensive, and getting smarter by the day. And although people in the creative industries tend to think they are exempt from conversations about the displacement—or augmentation—of humans by machines, design is no exception. Adobe’s “Neural Filters” make it possible for anyone with a copy of Photoshop to manipulate images using AI; the video-creation app Runway boasts “AI magic tools” that can instantly remove backgrounds without the use of a green screen; parametric design tools like Autodesk Revit allow architects and engineers to explore a wide range of formal approaches to design problems before zeroing in on the best solution.

In July of 2020, a designer named Jordan Singer created a Figma plugin that harnesses the GPT-3 AI model to generate functional app prototypes from plain text; less than a year later, OpenAI announced DALL-E, a machine learning model capable of generating images from text descriptions. Its successor, DALL-E 2, which can combine concepts, attributes, and styles, is so prolific and competent an art-generating engine that it has sparked conversations about the future of illustration as a medium. Indeed, it seems increasingly likely that in the future, if you can describe it, you’ll be able to make it.

The artists and designers of tomorrow may instead become creative curators, controlling parameters in real time and selecting from algorithmic output to produce their work. The creative technologist Ross Goodwin, a recent pioneer in the realm of AI-assisted literature, defines this meta-creative role as the “writer of writers.” In a 2016 piece about the future of design, Matías Duarte, VP of Material Design at Google, suggested that “training and directing creative machines will be one of the most exciting and important creative jobs of the future.” Such pronouncements are met with equal trepidation and enthusiasm by artists and designers. Some fear the inevitable displacement of creative workers as automation takes over; others look forward to a time when AI systems and algorithmic processes streamline the tedious aspects of creative work, leaving more time for humans to explore new ideas.

But although computer-aided design saves time and eases the burden of repetitive tasks, understanding it solely in the context of efficiency diminishes the complexity and richness of the encounter between people and machines. For one, in some contexts, repetitive tasks can be rewarding, even meditative, as in traditional craft. Further, by working in “centaur teams” with computer systems, artists and designers can expand the scope of their work, drawing from a wider spectrum of possibilities. Exciting, unusual forms invite the imagination, and with the ability to quickly iterate on an idea in uncharted possibility space, we may find ourselves creating new work that has no bearing on what we have done before.

Of course, none of this is entirely new. Computers simply facilitate processes that have always existed. Artists have been using aleatoric instruments, generative approaches, and other strategies to disrupt their own working processes for a very long time—from the cut-up writing techniques of the Dadaists to the divination-driven musical compositions of John Cage, who was also a keen chess player. Antonio Gaudí used analogue parametric design techniques to design his complex, volumetric buildings. And the Hungarian painter Vera Molnár, often described as the grand dame of computer art, started her career on pen and paper, calculating permutations of simple geometric forms using an algorithmic process she called her “machine imaginaire.”

Molnár began her computer career on a massive IBM mainframe at the Sorbonne University’s Recherche de Calcul. Today, her work is appreciated by viewers who carry in their pockets palm-sized computers an order of magnitude more powerful than the mainframe on which she first began painting with Fortran in 1968. We live in a world of supercomputers, machines that can process information at inhuman speeds, brute-forcing solutions among billions of possibilities. Everywhere around us algorithmic systems sort, organize, and optimize data on a planetary scale. Trained on the vast output of human knowledge, machine learning models can chart the climate, discover unknown molecules, and emulate human creativity, spinning images, text, and sounds from whole cloth. Everything is data. And from this data emerges a new creativity,

“There is a thing that can replace intuition—it’s randomness,” Molnár explains in a short video produced by the Museum of Digital Art in 2019. Where a traditional artist sketching out ideas on paper might only have the patience to try a few different approaches before settling on one, Molnár, working in collaboration with bespoke software, chooses from a dizzying array of often totally unexpected approaches. “It enriches the senses,” she explains. “We have sophisticated machines now, showing you billions of possibilities which you, with your limited imagination, couldn’t have thought of.” Although she is talking about generative art-making, she might as well be describing centaur chess—a process of working in tandem with a machine mind to find the best, and most beautiful, move. 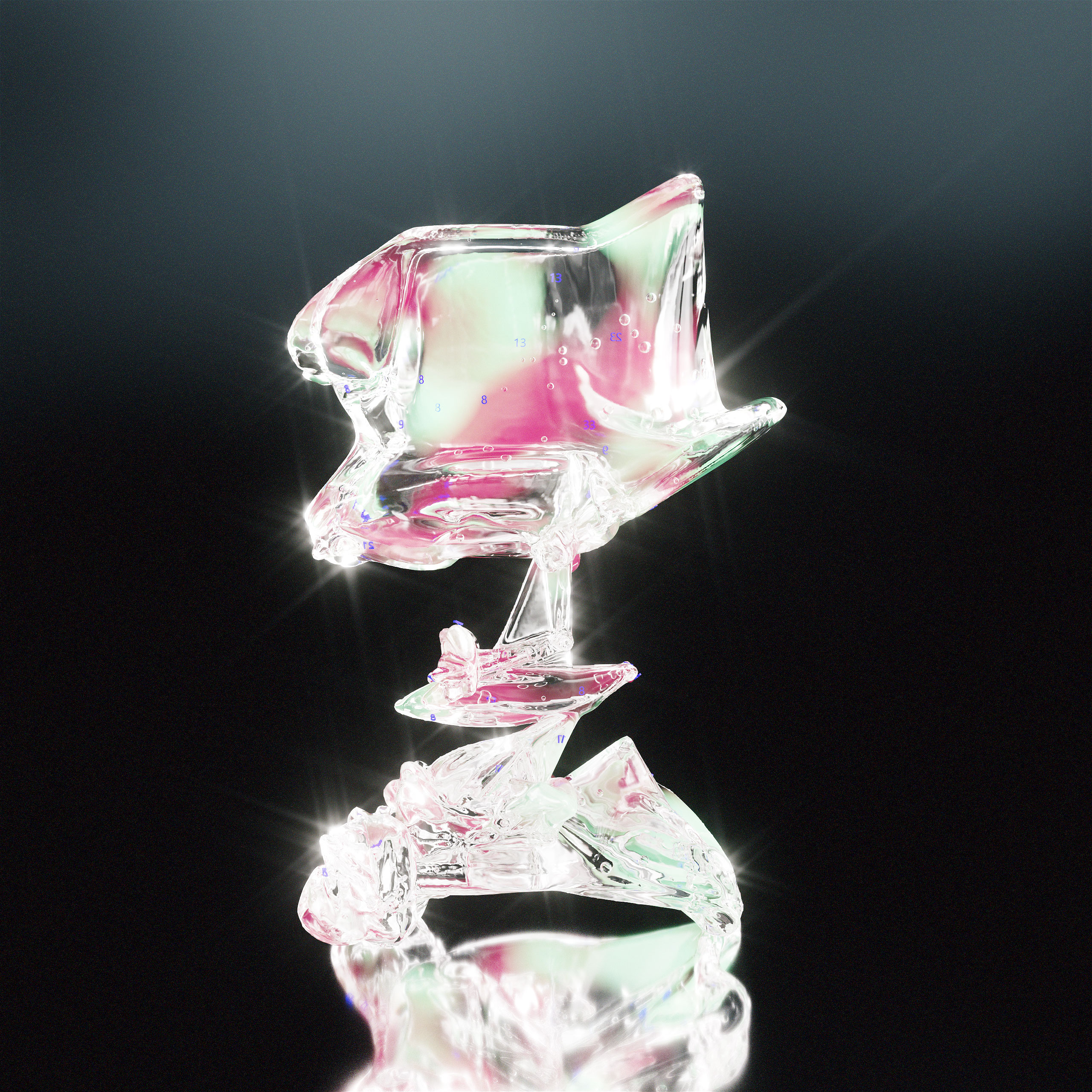 In perceiving the “billions of possibilities” in front of them, artists and designers can effectively widen their palettes, examining and redefining their default instincts. Art and design are embodied, after all: they are practices emerging from lifetimes of habit, informed by experiences and an idiosyncratic mix of influences and intuitions. And although personal experiences often dictate taste, taste can often limit experience. What has worked well in the past is not always what will work best in the future, and for creatives who are hoping to identify and even break away from their own embodied assumptions and biases, algorithmic systems—with their seemingly endless capacity to generate unusual new approaches—can be a powerful ally, so long as they are used mindfully.

In a 1975 paper called “Toward Aesthetic Guidelines for Paintings with the Aid of a Computer,” Vera Molnár explained that although computers present obvious advantages to artists, they are only tools. They can augment the scope of an artist’s inquiry, but the real work, ultimately, lies in the inquiry itself. Computers, Molnár writes, “do not guarantee that a work of good quality will result, for it is an artist’s skill that is the decisive factor.” As technology changes and evolves, Molnár’s frank assessment does not. Machine intelligence will make creative tools more accessible and easier to use; it will create new forms of creativity and redefine the role of artists and designers; it will help those artists and designers frame their questions and widen the scope of potential solutions. But in the end, an artist or a designer’s skill still determines the quality of their output.

That is to say, the computer has its strengths—but so do we. Nobody knows this better than Gary Kasparov. Twenty years after his famous match against Deep Blue, Kasparov decided to sit down and re-analyze the tournament for his book, Deep Thinking: Where Machine Intelligence Ends and Human Creativity Begins. Although it was challenging for him to revisit this humiliating loss, in retrospect, he discovered a new appreciation for Deep Blue’s designers, the architects of a computer he once believed had cheated him out of a deserved victory. Kasparov came to realize that although the media had publicized the tournament as the last stand of the human mind—an epic battle of “Man vs. Machine”—the computer, too, was the product of human effort. Indeed, the ingenuity of human designers made this pivotal moment possible. “It was a human achievement after all,” he wrote. “So while a human lost the match, humans also won.”